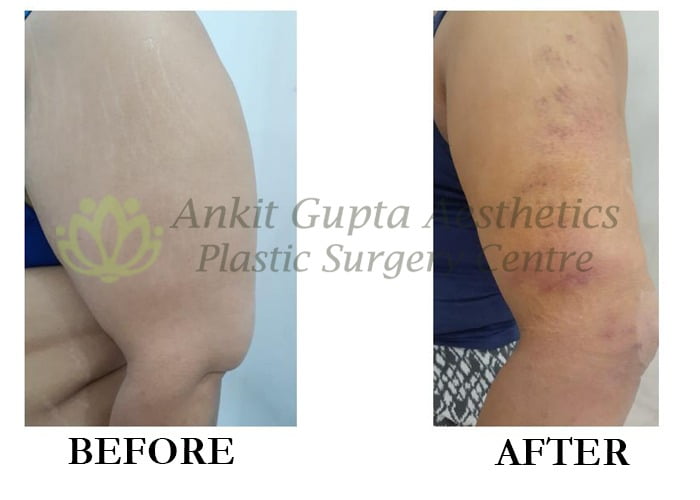 The Liposuction surgery is a technique to remove the fat from specific areas of the body, such as the abdomen, hips, thighs, buttocks, arms. Liposuction also shapes contours in these areas. The other names for liposuction involve lipoplasty and body contourin.

Liposuction isn’t typically considered an overall weight-loss alternative. The Liposuction a process helps to remove fat from areas of the body that haven’t responded to diet and exercise, such as the abdomen, upper arms buttocks, calves and ankles, chest and back, hips and thighs and chin and neck.

NEED TO KNOW ABOUT ARM LIPOSUCTION?

Arm Liposuction is a kind of cosmetic surgery to remove excess fat from under the skin of the upper arm to obtain shapely arms. Arm liposuction is generally done for cosmetic reasons and it is used to treat a condition called lymphedema. In this lymphedema fluid, the lymph accumulates in the arm leading to swelling. Lymph normally drains into lymph nodes and the arm may occur following the removal of lymph nodes during breast cancer.

HOW THE ARM LIPOSUCTIOIN TECHNIQUE IS DONE?

When performing the liposuction of the arms, we have fewer choices about where to make a small incision and this decision based on where the fat in your arms is most distributed. Mainly, an incision can be made near the arm pit. In another case, we can use an incision that is quite small, and often fades away within a year. We use a thin tube called a “cannula” which helps to remove the fat from your arms while performing the arm liposuction, our surgeons do not just remove fat and they do it in a way that shapes the upper arms to give a lean, toned, and balanced.

The recovery from arm liposuction is done in a secure center which is a more minimally invasive, gentle manner, than the liposuction techniques of the past decades and it allows for less swelling, less bruising, and quicker recovery. In most of the cases, the arm liposuction patients usually go home after their procedure but they should avoid significant physical exertion like jogging and lifting heavy objects.